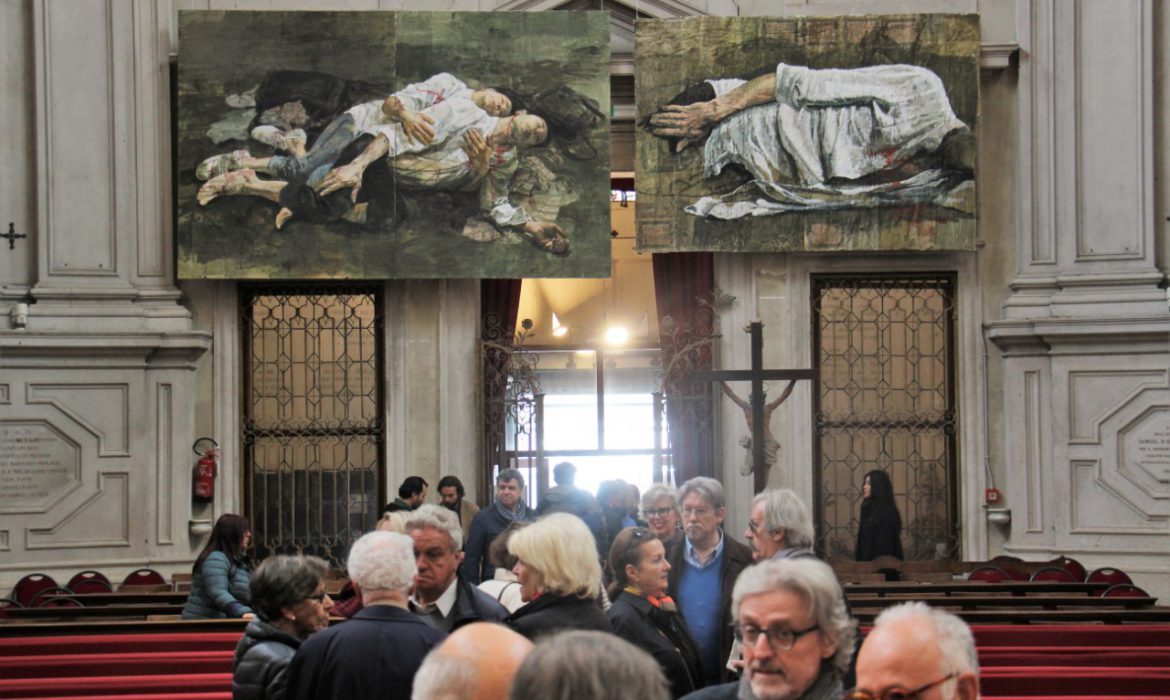 SARAJEVO, May 10 (FENA) – Exhibition of great art cycle “Embraces” by maestro Safet Zec opened in Venice yesterday, at the beginning of the Venice Biennale, in premises of  “Santa Maria della Pieta” church.

Delegation of the City of Sarajevo led by Mayor Abdulah Skaka attended this significant cultural event, which showed for the first time work inspired and dedicated to tragic death of Admira Ismić and Boško Brkić, Sarajevo Rome and Juliet.

Mayor Skaka stated at the opening that Sarajevo has excellent relations with Safet Zec and that his love above death places him among the greats who describe our city and its people.

Safet Zec welcomed all the guests and especially thanked friends from Sarajevo.

“I started working on ‘Hugs’ back in the nineties and I completed it with an embrace of Boško and Admira, but those embraced bodies lying in Sarajevo under siege can be anyone’s bodies. We are still dealing with a problem of truth we need to explain. Nearly 30 years later the world does not understand the irrationality of who Boško is, who Admira is and why they were mixed. In the artistic sense this is very important for Sarajevo and for BiH, because it is taking place at the beginning of the Venice Biennale,” said  Zec.