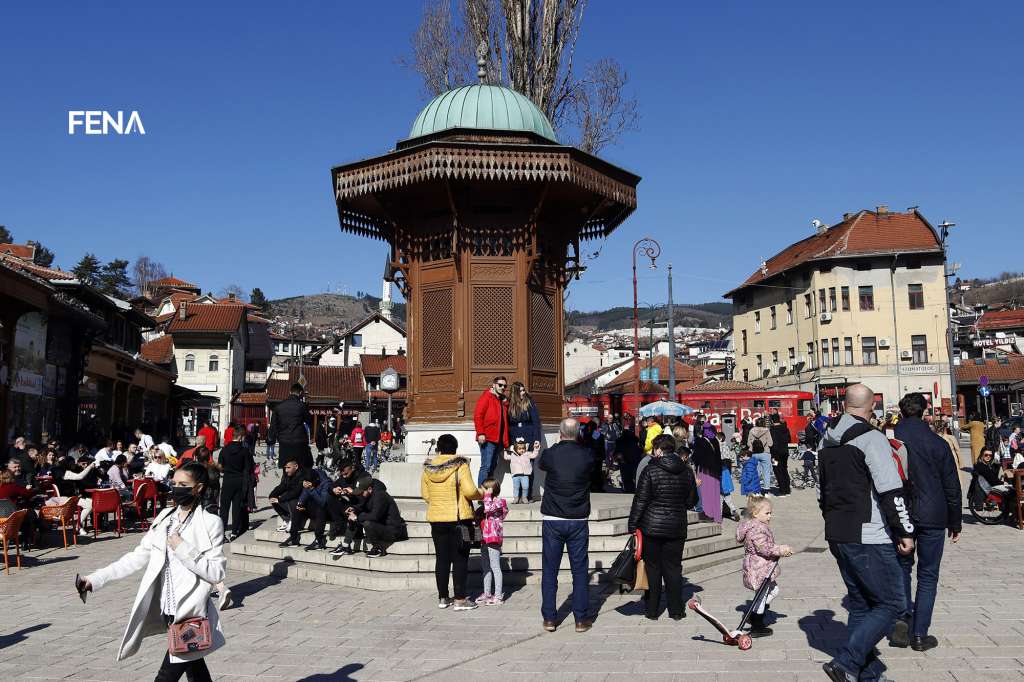 SARAJEVO, April 10 (FENA) – USAID’s Developing Sustainable Tourism Project and the Chamber of Commerce of FBiH in cooperation with Flydubai and Flynas and in partnership with the Sarajevo Canton Tourism Board (Visit Sarajevo) organized a roadshow in the United Arab Emirates and Saudi Arabia.

This is the first B2B roadshow in two countries in the Gulf and Arabian Peninsula markets, which aims to develop and grow Bosnia and Herzegovina’s sales network in these markets through direct business (B2B) with tour operators and travel agencies based in the UAE and Saudi Arabia.

The roadshow included presentations of Bosnia and Herzegovina as an attractive destination for tourists from these countries who come to BiH and who are considered the largest consumers with extended stays and a high percentage of revisits to tourist destinations.

Ten tour operators were part of this project and they presented all the beauties and sights from all over the country and offered potential tourists the opportunity to get to know BiH in all seasons.

One of the agencies that was part of the roadshow is 2M Travel, and its founder Ajdin Kršić told FENA that tour operators have been cooperating intensively with USAID since the beginning of the coronavirus pandemic in order to promote BiH as successfully as possible.

He emphasizes that tourists from the Gulf countries have stable and excellent financial status. According to Kršić, they will buy ten jars of honey, eat in the best restaurants, use all kinds of tourist services such as renting boats and rafting and rent the most expensive villas, and what is most important for BiH, such tourists stay quite long – seven to ten days.

Tourist agency Bosnian Tour Operator is one of ten that were part of this roadshow program, and agency manager Adisa Zornić Ameti told FENA that for the first time this way of presentation of BiH was organized which is based on meetings with representatives of tourist organizations from the Gulf region.

She says that travel agencies and other institutions working in tourism tried to attract clients from those countries under the auspices of USAID, because statistics also showed that the previous year was marked by the arrival of tourists from Arab countries and Turkey.

As she said, tour operators individually and jointly strive to improve tourism in BiH, adding that it is a great honor and pleasure to represent their country in the world, which is why they have high expectations from this season.

“Time will show whether the goal was achieved, which meant presenting Bosnia and Herzegovina as one of the most attractive destinations in Europe,” concluded Zornić Ameti.

The United Arab Emirates and Saudi Arabia were among the top ten markets for BiH tourism. In 2019, a total of 98,000 visitors came to BiH from these two countries, with an average stay of three nights.

In 2021, arrivals from the UAE and Saudi Arabia accounted for 8.5 percent of total tourist arrivals in BiH, and UAE citizens are the second most numerous visitors with 49,000 arrivals, an increase of 53 percent compared to 2019.