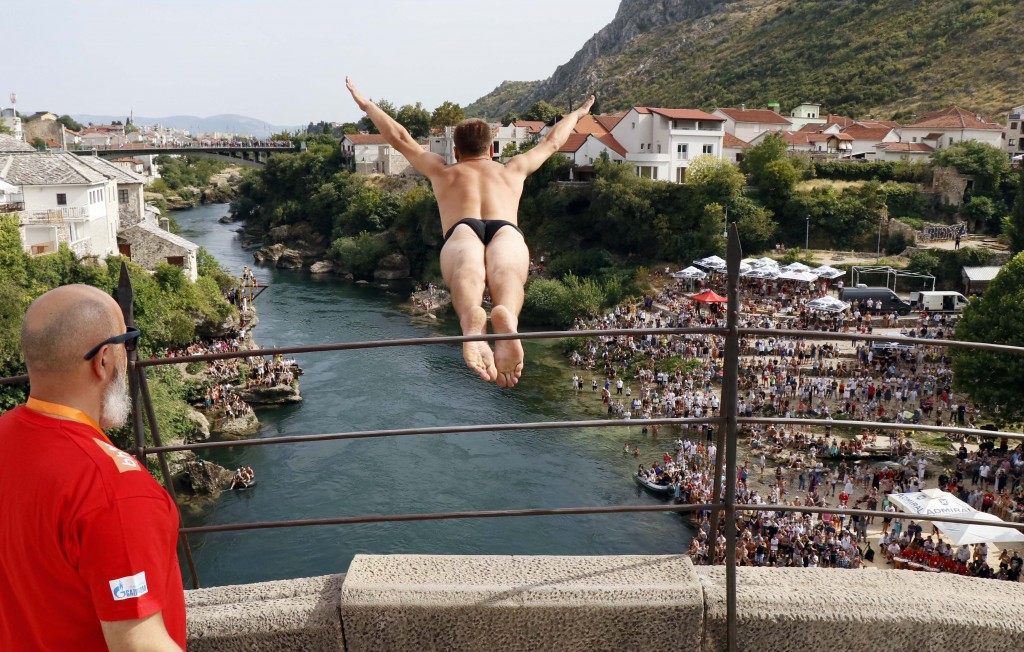 MOSTAR, July 25 (FENA) – Dragan Milnović and Emil Tiro are the winners of the 455th edition of the diving competition from the Old Bridge in Mostar that took place today.

Dragan Milnović is the winner of this year’s edition of the Mostar diving challenge in the competition between 17 competitors, head-first diving style. The second place went to Mustafa Šarić, and the third was Dino Bajrić.

In the category of legs-first dive, 15 competitors took part, and the title of champion in this category went to a long-time diver from Mostar, Emil Tiro. The second place went to by Igor Kazić, and the third to Adis Boškailo.

The event ends tonight at 10 pm with traditional torchlight dives.

The traditional 455th edition of the diving competition from the Old Bridge, which was attended by more than a thousand visitors, began with throwing flowers into the Neretva from the Bridge, in memory of the fallen divers followed by a national anthem of Bosnia and Herzegovina.