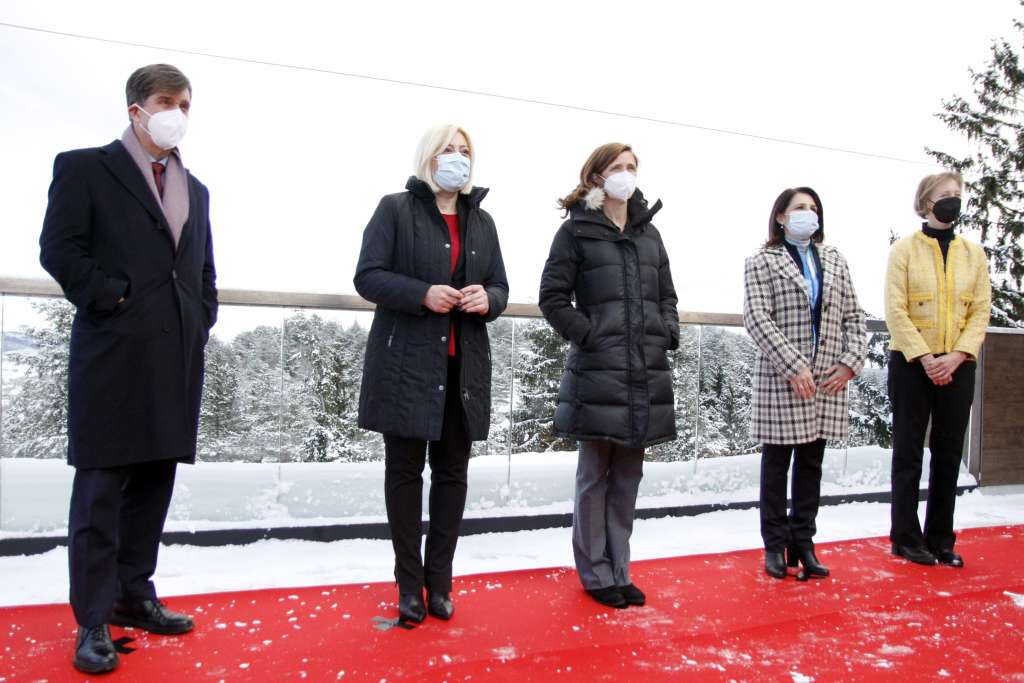 SARAJEVO, January 21 (FENA) – USAID Administrator Samantha Power and FBiH Minister of Environment and Tourism Edita Djapo have launched today a promotional campaign of Bosnia and Herzegovina as the most exciting destination on TripAdvisor, the world’s largest travel platform.

“I am honored to be on the Mount Trebević where I can launch this campaign that invites everyone to feel this breathtaking beauty. This is a nation that has a lot to offer. People here have the opportunity to turn Bosnia and Herzegovina into a new major tourist destination in Europe. Before the pandemic, tourism accounted for almost 10 percent of the country’s GDP, and with the right approach to recovery after the pandemic, it could grow further,” Power said.

Over the past decade, USAID has supported efforts to promote tourism in BiH.

“We supported you in the Via Dinarica Project, we managed to develop a world-class hiking trail. The pandemic has stopped that, but when the turning point comes, USAID remains ready to help BiH revive those tours. The USAID Tourism Project also seeks to attract more international flights to BiH. It is about travel agencies and tour operators to organize a larger number of arrivals in the country. When the pandemic ends, tourism can once again become the engine of BiH’s economic development as a source of pride that unites people from all spheres of life,” said Power.

The FBiH Minister of Environment and Tourism, Edita Djapo, emphasized that BiH has significant sights that are among the most beautiful in Europe.

“However, we are facing many challenges, how to make the most of the tourist potential we have and put it in the function of the economic development of our country. The project we are celebrating today is the launch of an international promotion of BiH with TripAdvisor, which is a global world internet platform for tourism,” said Djapo.

The TripAdvisor campaign is funded by the FBiH Ministry of Environment and Tourism and implemented by the FBiH Chamber of Commerce with the support of the USAID Tourism Project. The goal of the campaign, as it was said, is to increase the tourist attractiveness of BiH in priority markets such as Austria, Germany, Turkey, Serbia, Croatia and the Persian Gulf countries.

“The campaign contains 26 interesting places, carefully selected and has already shown the best that BiH has to offer,” said director of media, destinations, and travel at TripAdvisor, Justin Reid.